Vulnerability moment: Sometimes I don’t feel like I’m making an impact. I love serving and do it each week because I love speaking life into others, but there are moments where I wonder if any of what I do means anything to anyone. I know that this isn’t true, when we serve others we make the difference, but it isn’t always easy to feel that way. I think the same is true for you. In your job, in your home, at the church where you volunteer; you have a hard time believing that people actually see the difference you make and the skills you bring to the table. We can feel unnoticed, wanting to be given a thank you or a simple thought from someone confirming that you do matter, but we don’t always get that. Now before I go any further, I want to make it clear that this isn’t a post for me trying to get anything from, I simply am trying to be vulnerable because I think we get into places where we feel this way. We have an active enemy that is trying to twist your thoughts to make you feel worthless, powerless, and alone. I want to help you win at life because you have a creator that says you are worth it. Your life has value. You make the difference.

I’ve had the thought for this post circling around in my head for a few weeks trying to express what I mean. This isn’t a lesson on pride, it isn’t prideful to want others to see your impact. It becomes pride when that is the only reason you are serving others. As I kept thinking on this topic, I was reminded of a discovery I made in the bible a few years back that speaks on this very idea, the idea that you make a difference. This is found in the Old Testament (I know right, so often we are in the New when the Old has just as many examples!) in 2 Chronicles we see the construction of King Solomon’s temple, the temple that goes down in history as one of the great wonders of the ancient world. Now King Solomon was the wisest man to live because God had blessed him with this ability, so he knew what he was doing with the temple. He needed it to bring glory to God and not sacrifice or take any shortcuts on the project, he chose the most skilled craftsmen and architects. One of those men was someone we only see in this brief section, but he makes an impact. Huram-Abi, what you haven’t heard of him? He was a man like you and I, not always remembered, but his impact lasted forever. He honored God by his work and made the temple which is seen by countless people as one of the most incredible places to ever have been made. Today I want to walk through Huram’s act of service, because his story can empower each of us to remember that we make a difference.

You have great skill.

Solomon was called to rebuild the temple, so as any super awesome king does, he sent a letter to his other king friend for recommendations on the best craftsmen (kinda like an ancient form of Yelp). The king of Tyre replied and said in 2 Chronicles 2:13-14, “I am sending you Huram-Abi, a man of great skill… He is trained to work in gold and silver, bronze and iron, stone and wood, and with purple and blue and crimson yarn and fine linen. He is experienced in all kinds of engraving and can execute any design given to him.” Huram was recommended for his great work, he was the man for the job, so he was placed in the right position for a purpose. You have been placed in the right position for your purpose. Even when it feels like we go unnoticed, you would not be where you are if someone didn’t believe in you. Your team leader, your boss, your pastor; all of them have seen the skills you possess and have you just where you need to be. Sure maybe you’ve jumped around in your positions and roles, but you have found the place that is just right. You have great skill, skills that no one else can do, and even when you feel like you aren’t making a difference, God believes in you.

Huram as well as the other craftsmen working on the temple had a big task. They knew it wouldn’t be easy, but they worked hard. Each day the showed up and constructed little by little. The third chapter in this book is dedicated to the specific details that was put into the temple. For us, we have to work hard. We won’t always be noticed for what we do, but we are working towards something that is bigger than each of us individually. You are important, but you are not the focus. Everything you do should point back towards your creator, we need to be willing to put in the work it takes to change lives. You work with others that have their own skills that they bring to the table, because you can’t do it alone. You work long hours and push through the days where you feel worn out, because you know that God’s mission is more important. The most important piece, is that you finish what you start. 2 Chronicles 4:11 says, “So Huram finished the work he had undertaken for King Solomon in the temple of God.” Serving is hard, but when we finish the work God called us to do, we create life change that is more important than anything we can ever imagine.

You make waves in the sea of reality.

That sounds pretty radical, but I like the way this statement makes me think. In every good time travel story the hero makes a change that makes waves across the universe, in the same way, I think when we serve others we make waves in the universe. Our impact causes those people to impact others, it spreads across the world. The last we hear of our good friend Huram, is in 2 Chronicles 4: 16-18. “All the objects that Huram-Abi made for King Solomon for the temple of the Lord were of polished bronze…All these things that Solomon made amounted to so much that the weight of the bronze could not be calculated.” The temple went on to be a symbol of God’s power, a place of worship that was known across the world. Huram’s skills and service caused the temple to be a place where many came to know God. This is the last we see of Huram in the bible (to my knowledge, keep in mind I’m not a theologian), but we remember the temple. When you serve others, you make the difference. You may not be remembered or go down in history, but the people whose lives you have touched will never forget you. They will never forget the love and compassion you had for them, the times you prayed for them, and the times you served them which caused them to begin a relationship with Christ for the rest of their life. By serving others, you make waves in the sea of reality, you make the difference. 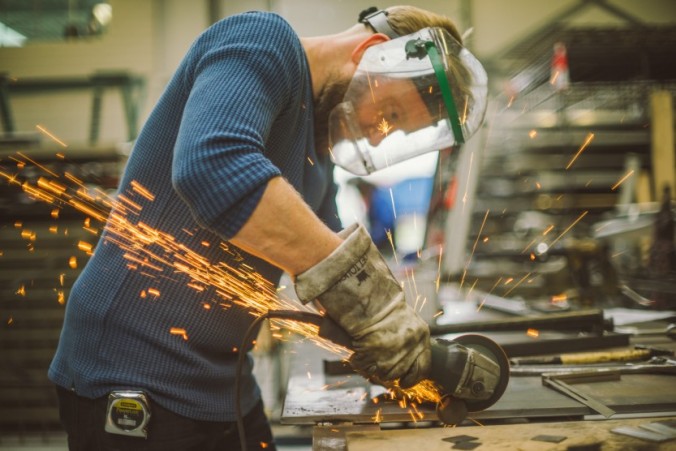 You make a difference. You have been made in the image of God, so you make an impact and people see it. Your attitude and love speaks volumes more than you can even imagine. One of the coolest parts of that section in the bible is the name, Huram-Abi. By chance, I decided to look up what the name means when translated from Hebrew, there is such power behind the meanings of names. Huram-Abi means, “The honorable one of his father,” or, “his father’s nobility.” I don’t think this is by chance. I believe that when we use our skills, work hard, and impact the lives of others when we serve, we encompass the name of Huram-Abi. We are the children of a father who created each of us, and when we serve others, we bring honor to his name. So in the moments when you feel like no one notices or that you don’t think you’re making an impact, remember that you make the difference in the life of someone else, and that honors your heavenly father.

You are worthy and you make the difference in the kingdom, so go serve others.